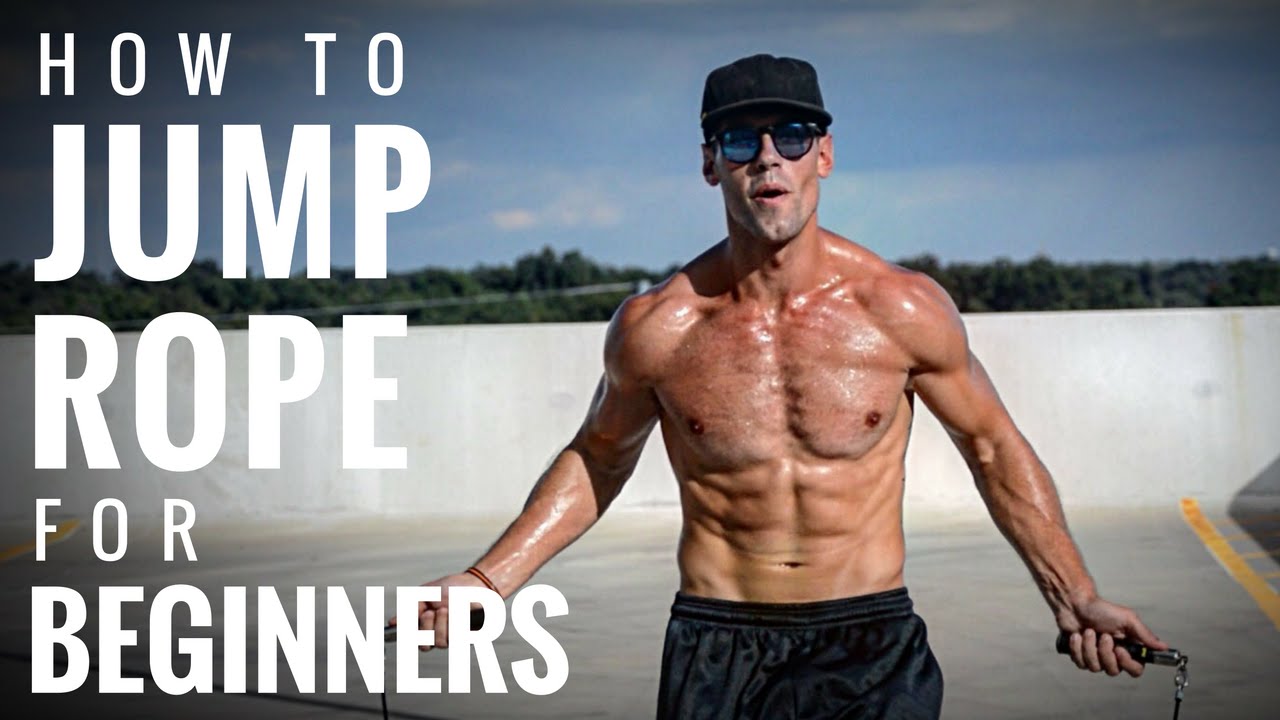 Today we’re going to be teaching you how to jump rope if you are a beginner.

Today, we’re going over the fundamentals again, but we’re really going to focus in on the difficulties that many of you have been facing. Give it a read.

What Size Jump Rope Do I Need?

We’ve got a great blog post here on what jump rope you should buy. But here are the juicy parts.

When you’re sizing up your rope or when you’re picking it out, you want to step in the middle of it, pull it up to the sides, right under your armpit.

The jump rope cable should be right around the nipple area on your chest; the upper chest area. 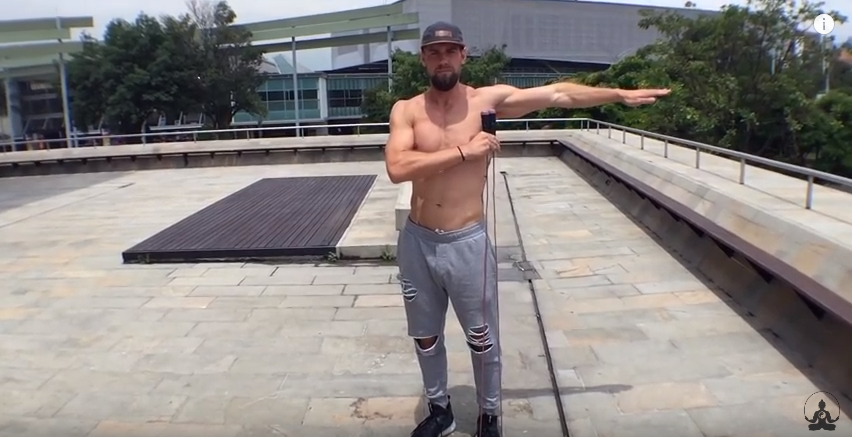 As a rule of thumb, you want to pick a rope that is three feet taller than your height. I’m 6’3″, so every rope that I use is right around 9’3″.

This is critical. You want to ensure that your jump rope length is right so that every time you learn a new jump rope workout, you know that the rope length isn’t causing you trouble and you can focus on having good form.

If you are looking for our favorite rope – the most durable rope on the market, then you’re looking for the Crossope. Check them out here for a cool 10%} off.

When you are starting out, doing regular bounce (your basic jump) you want to be thinking, “I’m up on my toes. My feet are not coming more than an 1″ or 2″ off the ground. My knees are slightly bent, cushioning my impact, so my joints don’t get hurt. My elbows are in, and my hands are out to the sides of my hips. My wrists are controlling everything.”

We get a lot of feedback from people that do the “double jump”. They do two jumps for every time the rope swings around. This is a common mistake.

Get rid of this mentality. It may be the easier way to jump rope when getting started, but it’s not the correct way! If you start off doing that, it’s going to be a lot harder to get yourself into doing just one skip for every rope turn. Okay?

The next point may seem a little bit difficult at first, but let’s incorporate the jump rope. All I want you to do is practice swinging through, and then stopping. Just putting the rope behind your back, swinging it once underneath your legs, counting one, and stopping. Rest, repeat. Got it?

This is essential if you want to spin the rope fast… If you want to be able to do a lot of tricks, and just overall look like a ninja.

The next thing I want you guys to focus on is jumping only 1″ to 2″ off the ground. When first started out jumping rope, many people tend to jump too high off the ground. This causes shin splints. It causes aches and pain in the knees and ankles. It’s just unnecessary, guys.

If you jump rope properly, it is a low impact sport or exercise that is actually better for you than jogging. Guys, the only trick where we’re jumping higher off the ground is really the double under or any trick where you’re swinging the rope more than one time through in one hop.

For everything else, you’re just going to be coming 2″ off the ground at most. maybe a little bit higher sometimes. You want to maintain those bent knees and just cushion every single hop that you have, so you can jump rope for longer periods of time without any pain.

Guys, I want to talk about your arms. A lot of people, when they start out jumping rope  – they have these very stiff arms (as you can see here in this video footage).

This doesn’t not allow the rope to be tight when spinning, so you end up working your shoulders super hard. The problem is there’s no forearm or wrist action, so the rope is not spinning around tight.

An analogy that I like to use is thinking of a baseball player: If there’s a pitcher, he has a ball and he’s throwing it with a straight arm, first of all, he’s not going to be able to throw it that hard, and he’s probably not going to have that much accuracy. On the other hand, f he winds up, coils it, spins his arm around and throws it – You know he’ll throw it much faster if he bends his arm.

The same applies to jump rope. You’re not going to be able to spin the rope fast and keep it tight if your arms are super stiff. You need to make sure you’re getting in proper arm motion with your forearms.

Keep the elbows in. Let the forearms and the wrist do everything. They’re going to make sure the rope stays tight as it spins around, which will allow you to go faster and do more tricks.

It’s all in the Wrist

The most important part that anyone can focus on when jumping rope as a beginner is your wrist. I turned to the side angle here. You can see this little range of motion going on with your wrist (see video). Just pretend that your wrist socket is just a ball bearing that’s swinging the rope around.

That’s how you keep it tight. If you notice here in the footage, it looks like, with little effort, I’m spinning the rope super fast; it’s all my wrist. I’m treating my wrist just like a ball bearing while slightly bending my arms at 90 degree angles to keep the rope tight.

Putting all the Pieces Together

When you start out practicing, I think it’s super important for beginners not to go five to six times a week like Brandon and myself do now. Many of our other advance jump ropers do too, but in the beginning, I recommend starting out with the four week challenge and just doing two to three workouts per week. Having at least one, maybe two, rest days in between your workouts to save your body from the pain or some of the shin splints and aches that can come along when you’re starting to jump rope.