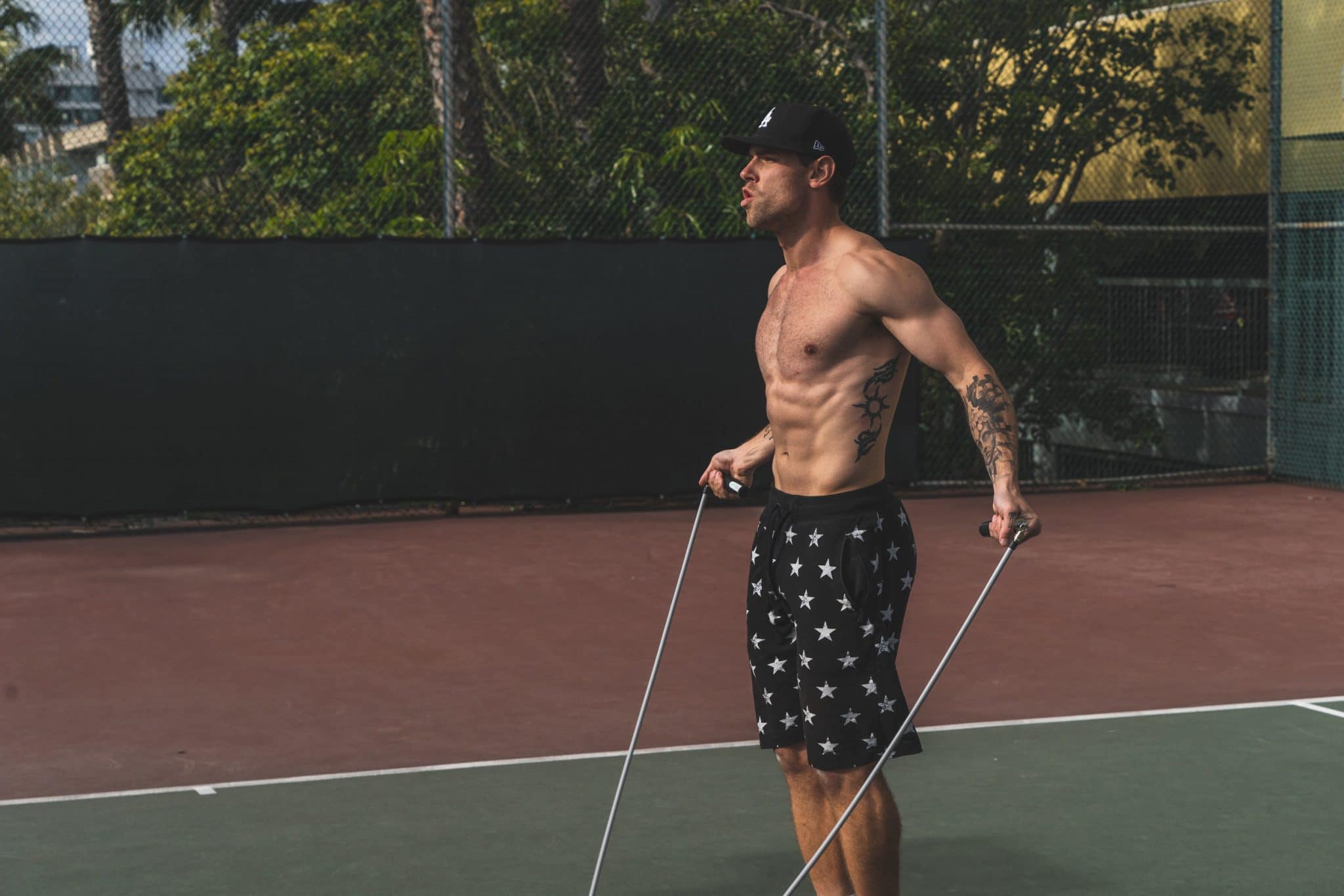 In this post, we are going to teach you how to get a body like the ever-cool Ryan Reynolds. Not the Van Wilder days: we want to talk about his superhero roles. He looks so awesomely shredded in films like Blade 3, Green Lantern, and his over the top awesome recent film, Deadpool. We’ll be focused on Deadpool workout regimen today. But before getting into it, let’s get into who this guy is and what he does.

Ryan Reynolds is 40 years old, decently built, 6’2”, and 190 lbs when he bulks up. For some of the roles he can even go a bit heavier. Ryan also has access to all the bits and pieces that he needs to build that body, a personal trainer, a dietician, a chef, and a massage therapist.

We believe that you can create a body like Ryan’s, always keeping in mind that you may not have the same genetics as our boy Ryan. You might never look exactly like him, but you can still look shredded. You can create a lean, muscular physique by following this post. It won’t help you get taller or change your bone structure, but we can help you get closer to what Ryan looks like in his superhero roles: a lean, mean, muscle machine.

Ryan is a typical Jump Rope Dude. He goes into cycles and works real hard for periods of time to create the physique he wants, but at all times he keeps moving his body as much as possible. When he is not preparing for a role he is going hiking, swimming, or running. He is doing exercises that is fun for him to do, and he obviously enjoys.

Ryan has always been a lean, skinny, and slender built guy. Starting with that physique he really didn’t have a lot of weight to lose. His biggest goal was, when preparing for those superhero roles, to put on more muscle mass.

What is interesting about Ryan is that he is not a real fitness buff that is lifting all day every day and living on protein powder and brown rice. It is only when he starts preparing for a role that he plugs into the extreme regimen of lifting 5 to 6 times a week, where he is eating a specific diet consisting of small meals throughout the day. 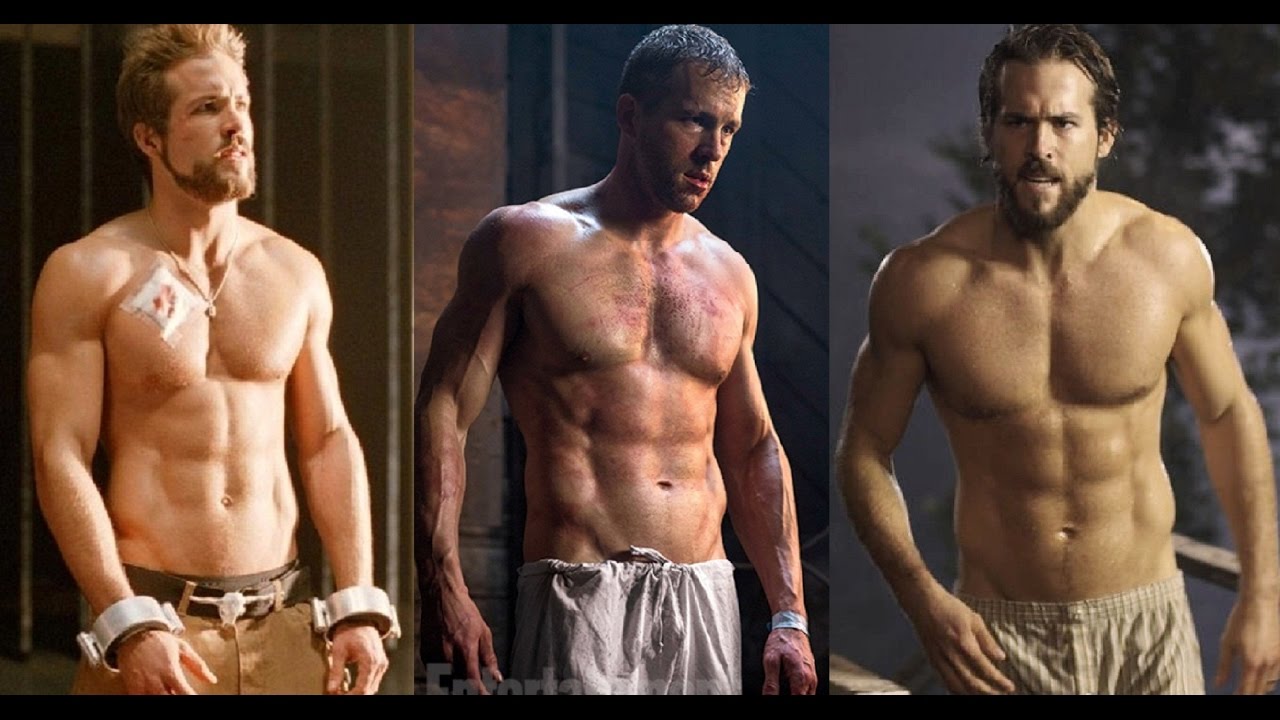 Muscles are built in the kitchen after all, so how is Ryan eating when he is prepping for these roles? Simply put, his diet is that of a typical body builder which to be honest, is not the most fun way to eat. But it works.

He eats every two hours, that is, six to eight times per day. For each of these meals he would eat a smaller portion than you would if you were eating only two or three times a day. Important to note is that even though he is eating smaller portions more frequently, he would still be taking in a calorie surplus. We have told you before that when you want to put on muscle it is extremely important, for Ryan and for you, that you are in a calorie surplus. Those muscles have to come from somewhere, right? So, if you are a naturally slender guy, then this is the best way for you to stay in that anabolic state, with the surplus of calories and macronutrients that you need to build that physique.

What matters most here, in our opinion, is the amount of food that you put in your mouth during the day, rather than the frequency or amount of meals. Whether it is two or three big meals or eight small meals, it doesn’t much matter as long as you are in a calorie surplus. 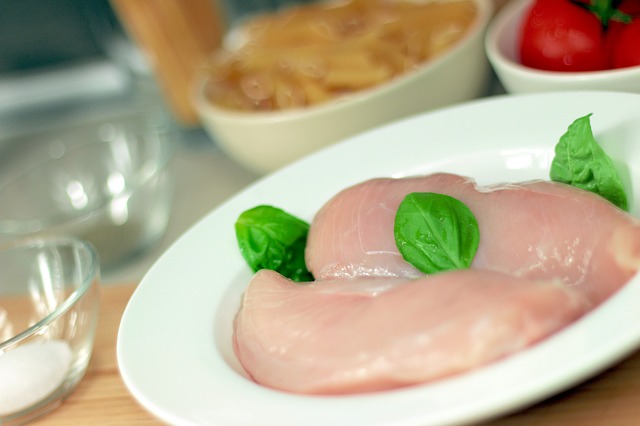 Ryan eats a lot of boring foods, for example to get his carbohydrates in he would eat oatmeal without sugar and for protein he would eat lean beef, skinless chicken breasts, egg whites, and gulp protein shakes. For the fats, he would go to the healthy fats that you get from avocados and nuts. When he preps for a role he is pretty much on the basic, boring in our opinion, bodybuilder diet. That being said, the most important thing is that he was eating in a calorie surplus and that is what you need to worry about.

If you want to eat in a calorie surplus you can go the much easier Jupe Rope Dude way and use our calculator to figure out the calories and macros you need. Just go to the calculator, put in your details and click calculate. Then scroll down and click on protein and put it on high, and hit calculate again. This will slightly increase the amount of protein that you are to consume per day. If you want to add muscle mass you need more protein, so guys will calculate on high, and girls on medium. In our opinion though it is sufficient to just hit your calorie and macro numbers each day, while eating mostly whole foods.

Before we move on to talking about his workout regimen here is a recap of Ryan’s diet and a typical day’s meals:

Let’s talk supplements. Even though Ryan is not big on the supplements he is known to take some creatine monohydrate for short periods of time when he is preparing for a role. Now creatine has been shown to be very effective for helping you build muscle, and it is not super harmful. Obviously, in moderation

Ryan also has glutamine in his daily regimen, and he takes a multivitamin to make sure that he was getting in all the nutrients and vitamins that he needs.

When he is preparing his body for a role, RR will workout 3 hours per day, 6 days per week hitting the gym and lifting weights. Now this sounds insane, and it is insane, and not possible for most of us, but you have to remember that this is also his full-time job. We will be sharing a bit later on what you to make things more manageable.

He hits the gym six times a week and works out a different body part every time. For example, that could mean that he could be doing, legs on Monday, chest on Tuesday, arms on Wednesday, shoulders on Thursday, back on Friday, and his abs on Saturday. A regimen like this is optimal for muscle building because you are giving yourself ample time to recover but still maximizing your time in the gym.

What does Ryan do the rest of the time after he finished his weight lifting workout? Well, he also spends hours a day fight training with a stuntman to create all those awesome stunts you see in his films. He needs to learn to fight, kick, punch, and roll. To be sure this is a super intense cardio workout that keeps him lean while he is putting on muscle.

Unless you have a stuntman at hand, we would suggest that you pick up your jump rope, and give it all you’ve got to get a similar high intensity workout in. Try to hit 20 or 30 minutes with your jump rope to make sure that as you are putting on muscle mass you are also staying lean and chiselling out your body.

Now, onto abs. Ryan actually hits his abs for 20 minutes prior to every single workout in addition to the one full day of abs we mentioned before. We think this might be a bit excessive and would recommend that you do abs two to three times a week with a really intense 10 to 15 minutes ab workout. So, in other words:

1. Eat in a Calorie Surplus and prioritize getting sufficient protein, make use of our calculator to make sure that you get your numbers right.

2. Track what you eat using an app like My Fitness Pal to keep hitting those numbers.

4. Stay lean by adding in high intensity cardio to your training regimen. Ryan was doing fight and stunt training, what we do here at ZDF is jump rope, but just do any high intensity interval training to help you stay lean as you are putting on that muscle mass.

At the end of the day a regimen like Ryan’s is really not sustainable on the long term. The key lesson here is to track what you eat, make sure you get enough and a surplus of especially protein, and to build up to regimen that includes lifting weights, and HIIT jump rope or other cardio each week.

A regimen like this will certainly get you much, much, closer to that superhero bod. Remember to always take care of yourself, to move at your own pace (you are not Deadpool), and keep moving your body as much and as often as possible in ways that are not only sustainable but also fun for you.